The State of Dental Prescriptions

Home > The State of Dental Prescriptions

06 Nov The State of Dental Prescriptions 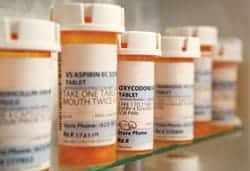 Opioids are daily news nationwide and in the state. Indiana news outlets have labeled the level of opioid and heroin addiction in Indiana as a “plague, crisis, and epidemic.” These melodramatic terms are not exaggerating in light of the statistics.

According to the National Center for Health Statistics, estimates for drug related overdose deaths for the first nine months of 2016 were higher than the previous years and reached and all-time high of 52,404. Of those, more than 33,000 were attributed to opioid drugs including legal prescription painkillers as well as illicit drugs like heroin and street fentanyl. A White House panel commissioned to examine the nation’s opioid epidemic reported:

“Our citizens are dying…Declare a national emergency… 142 Americans die from drug overdose every day… Since 1999, the number of American overdose deaths involving opioids quadrupled. From 2000 to 2015, more than 500,000 people died of drug overdoses, and opioids account for the majority of those. The average American would likely be shocked to know that drug overdoses now kill more people than gun homicides and car crashes combined.”

Dentists’ ability to prescribe comes from the Indiana State Board of Dentistry license, from the Indiana Pharmacy Board’s issuing of a Controlled Substance Registration (CSR) and from the Federal Drug Enforcement Agency (DEA) with scheduled drugs. A dentist’s authority to prescribe is limited to the scope of dentistry. Dentists cannot prescribe just anything to anybody. The prescription must be to a patient for the purpose of dental care. Indiana Senate Enrolled Act 226, which limits the amount of an opioid prescription a prescriber may issue under certain circumstances, became effective July 1, 2017. According to the law, opioid prescriptions written by dentists and other prescribers are limited as follows:

The legislation does allow for an increased prescription if, in the prescriber’s professional judgment, the patient’s condition requires a longer supply.